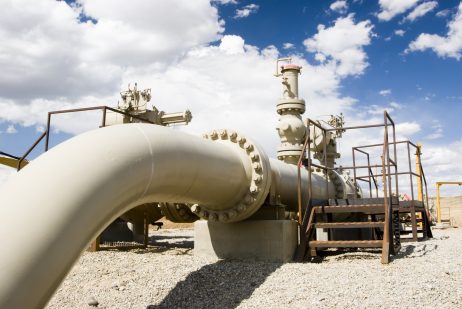 If Kazakhstan’s multi-vector foreign — and energy — policies are to be successful, Tokayev will need to shrewdly balance the country’s partners.

Kazakhstan has become increasingly concerned about the diversification of its pipeline routes. The conflict between Russia and Ukraine threatens to have far-reaching economic implications for the Kazakh energy industry. This is compounded by the possible impact of Western sanctions on the Russian energy supply, which is itself intertwined with the Kazakh system. This has exposed the need for resilient energy infrastructure and alternative energy export routes in Kazakhstan. For example, in a recent meeting of the Supreme Council of Reforms, Kazakh President Kassym-Jomart Tokayev presented the “New Kazakhstan” economic policy. A key part of this policy is the “diversification of economic corridors,” and energy, in particular, is given priority.

Kazakhstan, which has been an oil producer since 1911, is second only to Russia in terms of oil reserves and production among the former Soviet republics. Oil and gas revenue accounts for 35 percent of Kazakhstani GDP and 75 percent of exports, as well as most of its foreign direct investment. Kazakhstan is criss-crossed by oil and gas pipelines that deliver not only its own energy exports to China and Russia but those of other producers including Turkmenistan and Uzbekistan. The Kazakh oil and gas distribution network for export purposes is primarily spread in three different directions: to the north (via the Soviet-era Russian pipeline system and rail network), westward (via the Russian-based Caspian Pipeline Consortium [CPC] and the Baku-Tbilisi-Ceyhan [BTC] oil pipeline), and eastward along two pipelines (via the Kazakhstan-China oil pipeline and the Central Asia-China natural gas pipeline, which transit even larger volumes of gas from Turkmenistan and Uzbekistan through Kazakhstani territory).

The bulk of Kazakh energy is exported to and through Russia. To illustrate, 80 percent of all oil produced in Kazakhstan’s western oilfields is exported to southern Russia and on to Russia’s Black Sea oil terminal at Novorossiysk. The pipeline can handle around 60 million metric tonnes a year. If history serves as a preview, this exposure to Russia can often lead to monopolistic practices in the export of Kazakh energy. Kazakhstan has been especially frustrated with oil export quotas imposed by the Russian pipeline monopoly, Transneft (a shareholder in the CPC), and the reluctance of the Russian government to expand the capacity of the CPC pipeline.

Russia has, in the past, pressured Kazakhstan within the Eurasian Economic Union (EAEU) to agree to harmonized oil and gas standards. Such standards would allow Moscow to set the prices for Kazakh energy exports to China. As Paddy Ryan noted in an analysis earlier this year for the Atlantic Council, “Piped gas contracts do not follow the same market logic as oil, but through the EAEU, Moscow can dictate Kazakhstan’s gas export prices like OPEC+ does its oil price.” With Russia aiming to increase its own gas exports to China via the Power of Siberia pipelines, Moscow has little incentive to help Nur-Sultan compete in the same endeavor.

The other major energy export supply route is through China. This eastern export route is capable of carrying 20 million metric tonnes per year. The Kazakhstan-China pipeline, opened in 2005, brings oil from Kazakhstan’s deposits in the Caspian Sea directly to China, while the pipeline between Central Asia and China, inaugurated in 2009, carries natural gas from Turkmenistan, Uzbekistan, and Kazakhstan to China. China has equity interests controlling 24 and 13 percent of Kazakhstan’s oil and gas production, respectively. Kazakhstan exported $1.2 billion in crude oil and $1.65 billion in gas to China in 2019 along these two eastward pipelines. Kazakhstan is central to China’s overland export trade within the Belt and Road and is gaining increased importance as an energy supplier.

The West offers another opportunity to balance Russia, but might not be enough to replace it. As part of its multi-vector foreign policy, Kazakhstan maintains good relations with both Washington and Brussels, and the Western majors have invested heavily in Kazakh oilfields. Getting that crude out to the west, however, is tricky, with Russia and Iran being the most likely routes to the sea. But there is also the Ganja Gap in Azerbaijan, a narrow strip of land that the U.S. used to cross the Caspian Sea and reach Central Asia during the war in Afghanistan. Western powers believe that a proposed Baku-Tbilisi-Ceyhan oil pipeline (BTC), transiting a NATO member state (Turkey), a NATO aspirant state (Georgia), and increasingly westward-looking Azerbaijan, could take Kazakh and Turkmen energy, delivered on Caspian tankers to Azerbaijan, directly to Mediterranean waters.

More recently, a Kazakh delegation comprising of the special representative of the president of the republic of Kazakhstan for international affairs, Erzhan Kazykhanov, met with the Georgian minister of economy and sustainable development, Levan Davitashvili, according to a press release by the Georgian Ministry of Economy. High on the agenda was increasing the capacity of the Baku-Tbilisi-Ceyhan pipeline. In the meeting, Davitashvili highlighted that Georgia’s transport infrastructure is “as ready as possible to transport cargo to Kazakhstan and Central Asia.” It was noted in the meeting that in 2022 Kazakhstan plans to transport 2-3 million tonnes of oil through Georgia via the Baku-Tbilisi-Ceyhan pipeline with plans to expand the capacity further.

However, this pipeline is not an alternative to Russia and will not be able to match the capacity that is carried by the CPC. As David O’Byrne explained for Eurasianet in March, the route is now even more complex and expensive “since January 2021 when Ankara hiked its transit fee from $0.55 per barrel to between $1.50-$2.00 per barrel.” O’Byrne noted that the reason for the price hike was unclear, “but the volume of crude transited through the line last year was down around 4 percent compared to 2020 – despite increased demand for oil products as the COVID-19 pandemic eased – and down by 22 percent on 2018.”

In addition, data from the operator of the BTC pipeline, Turkey’s state pipeline operator Botas, “shows that flow through the line last year was only 55 percent of capacity, leaving 22.5 million tons of capacity unused – sufficient for a sizeable chunk of Kazakh exports currently going to Novorossiysk.”

For its part, Azerbaijan’s state oil company SOCAR, a major stakeholder in BTC, said on March 4 that “currently” no extra Kazakh volumes were being exported.

The Future: Impact of the Sanctions?

The conflict between Russia and Ukraine has left an indelible mark on Kazakhstan’s energy security nexus. In particular, potential Western sanctions threaten to have implications for Kazakhstan’s ability to export to European markets, given that most of the infrastructure runs through Russia via the CPC. The pipeline’s ownership could pose problems, too. The pipeline is owned by a consortium in which Russia firms place a major role: Transneft holds 24 percent, Lukoil and Rosneft together through their subsidiaries hold another 20 percent. Lukoil and Rosneft have both been sanctioned but it’s uncertain if that will trickle down to the pipeline.

Although alternatives routes as noted above exist, making use of them requires confronting a host of legal, commercial, and logistic challenges. Even then, they cannot fully replace the CPC if it shuts down. And beyond the CPC, there are other Russian pipelines, such as the 4,000-kilometer Druzhba network, through which up to a quarter of Kazakh crude oil is exported. All of these routes will be affected if the European Union bans oil imports from Russia.

This concern was recently echoed by Kazakh Energy Minister Bolat Akchulakov. In April, he noted that the value of CPC crude had decreased and shipping risks associated with the Russian ports had increased as a result of the conflict.

Kazakhstan may be reliant on Russia for its energy infrastructure and export supply routes, but it should not be complacent. Since Kazakhstan is a landlocked country, the export of its oil and gas through pipelines or tankers has always been a formidable challenge. As noted above due to its geographical constraints it has to depend either on Russian transit routes, such as via the CPC, and the Soviet-era infrastructure or the Kazakhstan-China pipeline. A lack of pipeline infrastructure and constrained geography are the main impediments to increased oil and gas production and exports from Kazakhstan, constraining its efforts to become an independent, low-cost supplier of energy to regional and international consumers.

To become a master of its own energy exports and capture the global energy market, Nur-Sultan must not only use its resources to gain concessions from different players but also ensure that Russia, China, the EU, and the U.S. all have an interest in maintaining regional security. For this strategy of complex balancing, Tokayev will need to act shrewdly if Kazakhstan’s multi-vector foreign — and energy — policies are to be successful.